To Retain Employees, Focus on Inclusion – Not Just Diversity 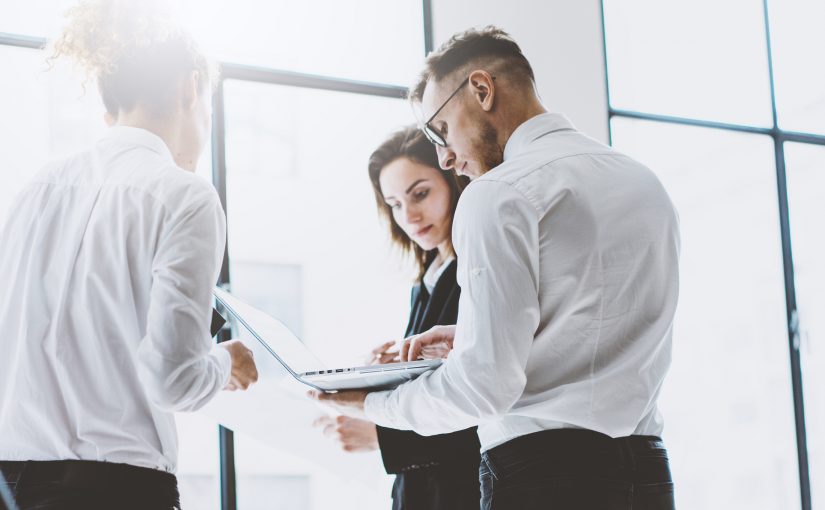 To retain talent, most organizations offer the typical things: free coffee and tea in the break room, competitive benefits, generous raises and bonuses, and employee recognition programs. But none of that works for an employee who doesn’t feel comfortable in his or her work environment. Picture, for example, a Muslim who prays in his car because he doesn’t want to advertise his religion, a mother who doesn’t put up pictures of her children so that coworkers won’t question her commitment to the job, or a gay executive who is unsure whether he can bring his partner to company functions.

Employees who differ from most of their colleagues in religion, gender, sexual orientation, socio-economic background, and generation often hide important parts of themselves at work for fear of negative consequences. We in the diversity and inclusion community call this “identity cover,” and it makes it difficult to know how they feel and what they want, which makes them vulnerable to leaving their organizations.

Most business leaders understand the diversity part of diversity and inclusion. They get that having a diverse workforce is important to customers and critical to succeeding in a global market. It’s the inclusion part that eludes them — creating an environment where people can be who they are, that values their unique talents and perspectives, and makes them want to stay.

The key to inclusion is understanding who your employees really are. Three of the most effective ways to find out are survey assessments, focus groups, and one-on-one conversations. To be effective, however, they must be approached in a way that accounts for the fact that people — particularly those in underrepresented groups — can be more difficult to get to know than we think. Here are some best practices for getting to the heart of who your employees really are:

Many organizations conduct employee engagement surveys, but most neglect to segment the data they collect by criteria such as gender, ethnicity, generation, geography, tenure, and role in the organization. By only looking at the total numbers, employers miss out on opportunities to identify issues among smaller groups that could be leading to attrition, as the views of the majority overpower those of minorities.

In 2015, for example, women constituted 52% of the new associate class at global law firm Baker McKenzie, but only 23% of the firm’s 1,510 partners. To find out what was keeping women from advancing to senior roles, I asked our researchers to segment the results of a firm-wide engagement survey to examine responses from women lawyers. Based on that data, we learned that many of the firm’s women associates didn’t want to be partner nearly as much as their male counterparts.

That prompted us to launch a follow-up survey to find out why, which revealed four things that would make partnership more attractive to women: more flexibility about face time and working hours, better access to high-profile engagements, greater commitment to the firm’s diversity targets, and more women role models. Those four things became the basis for an action plan that included, for example, a firm-wide flexible work program that promoted remote working. By 2018, the percentage of women promoted to partner had risen to 40%, up from 26% in 2015.

Focus groups are another way to gain deeper insight into what employees care about and the issues that may be causing frustration and burnout.

One company-wide employee engagement survey conducted by a $15 billion food company showed that the employees in the Canada office had much lower work-life integration satisfaction scores than those in other countries. After conducting a series of focus groups to find out why, we discovered that many employees were receiving emails from their managers on weekends and feeling obligated to respond even when their managers told them not to until Monday.

We also learned that the leaders in that office were often tied up in meetings all week and used the weekends to catch up on email. When we asked the employees for solutions, they suggested banning emails on weekends and not having any meetings on Fridays so that managers could use that time to catch up on correspondence. After the office implemented these new policies, employees reported being happier and less stressed when they survey was conducted a year later.

These groups are best facilitated by an outside company or trusted diversity and inclusion professionals who don’t have a vested interest in the outcome so that employees can speak freely.

Get personal in one-on-one discussions.

A one-on-one discussion with a manager can be the most powerful tool for finding out what an employee cares about. But for these conversations to be effective, the manager needs to have an open-door policy and exude a “tell me anything” persona. One way for managers to prove they are trustworthy is by sharing their own thoughts and feelings when they are tired, sad, or struggling with an issue. It helps show they’re human.

Michael Santa Maria, who chairs Baker & McKenzie’s North America International Commercial and Trade Practice, tells his employees repeatedly that he wants them to succeed both at home and at work, and he takes an active interest in their families. His philosophy is that it’s hard to succeed at work when things at home are failing, and he openly talks about his family to his staff and even clients. The fact that he is open about his personal life makes his staff more comfortable sharing their own personal details — even those that may differ from the majority of their colleagues.

The road to retention

In an ideal world, all leaders would be adept at understanding their employees and making sure they didn’t lose any through neglect or ignorance. In the real world, however, most aren’t tuned into the factors that can get in the way of knowing what’s important to employees both individually and collectively. Tools such as segmented engagement surveys, focus groups, and personal conversations can guide management in taking the actions that will help keep their talent engaged and committed to the organization. The first step in retaining more employees is to use these tools.